New clean technologies are helping the shipping industry to reduce its environmental impact and meet stricter legislation for pollution at sea.

When the first of the 20 Triple E container vessels ordered by shipping giant Maersk glides down its slipway in Korea in 2013, it will not only be the largest and most energyefficient ship of its kind to ply the world’s trade routes, but the massive 400-metre-long USD 190 million vessel will also be fitted with the latest technology to help the shipping industry clean up its act in two long-problematic areas: air pollution and water pollution.

The shipping industry, which handles some 90 percent of world trade, is very energy efficient compared with other modes of transport. But because of the dirty fuel burned by vessels and the pollution and invasive species that they introduce into the marine environment from their bilge and ballast water tanks, the industry is still far from being truly green. However, thanks to new clean technologies, legislation, a growing environmental awareness and pressure from customers, the shipping industry is reducing its environmental impact.

International Maritime Organization (IMO) regulations are targeting two key groups of hazardous shipping-related pollutants: sulphur oxides (SOx) and nitrogen oxides (NOx). Both are emitted from vessels’ smokestacks, and both harm human health and the environment. The number of premature deaths in Europe caused by these emissions is expected to reach 53,200 a year by 2020, according to a recent study by the Danish Centre of Energy, Environment and Health. Although this figure is disputed by the industry, the IMO is working to cut emissions of these compounds – in the case of NOx by 80 percent – in certain emission control areas (ECAs) such as US coastal waters.

For the past 50 years cargo ships have been burning heavy fuel oil, which comes, quite literally, from the bottom of the barrel. “That suited everyone because the oil companies had a market for the sludge at the bottom of the refining process, and it was much cheaper than more refined grades of fuel,” says Simon Bennett, Director External Relations at the International Chamber of Shipping. “Recognizing the concerns about health, it has been accepted that the industry must move to low-sulphur fuel or use scrubbers to remove sulphur from the exhaust gases.”

Tests have shown that technologies such as exhaust gas recirculation and scrubbers can reduce NOx and SOx emissions to the levels set by IMO. Bennett says: “Scrubbers are an attractive alternative to using expensive low-sulphur fuel. There is always the challenge of retrofitting the equipment to existing ships, but there is optimism in many quarters of the industry about it.”

Another major threat to the marine environment comes from the transport of organisms around the world in ballast water. Invasive species of bacteria, microbes and small invertebrates taken up in ballast water cause ecological, economic and health problems in areas to which they are not native where the water is discharged. In 2004, IMO adopted legislation that will enter into force 12 months after it has been ratified by 30 states representing 35 percent of the world’s shipping tonnage; currently 28 states representing about 26 percent of the world’s tonnage have ratified.

“We’ve known for 25 years about these problems with invasive species in ballast water,” says Olof Lindén, Professor of Marine Environment Management at the World Maritime University in Sweden. “Yet the negotiations for the convention drag on.”

One example of invasive species is the explosion of the jellyfish population in the Mediterranean, the Black Sea and the Caspian Sea. “These jellyfish, which arrived from North America in ballast water, have caused a dramatic impact on local fisheries,” says Lindén. “They have even had an impact on industry because the water used for cooling is so full of jellyfish.”

A number of methods have been developed for preventing the spread of invasive species in ballast water, including chemical treatment, UV light, heat treatment and filtration. “The approved methods will probably make a difference, but we cannot expect that the problem will go away totally, even if the convention enters into force,” says Lindén.

The discharge into the sea of bilge water – containing a cocktail of water, fuel oil, hydraulic oil and detergents – is another source of marine pollution, and IMO regulations specify strict limits on oil content of bilge water discharged overboard. “In the wrong place even a very small quantity of oil can cause damage to seabirds,” says Lindén. “In some of the cold seas you have hundreds of small spills every winter and many tens of thousands of birds killed.”

Bennett says there have been important advances in the design of oily water separating equipment for machinery space bilges, and in the monitoring and control of the discharge of such mixtures. “These technological advances have allowed international regulations to be adopted, reducing the permitted operational discharge of oil effluent from machinery space bilges from 100 parts per million (ppm) to 15 ppm,” he says.

The process for drafting and enacting regulations for reducing shipping’s environmental impact can often seem comparable to getting a container vessel to change heading. Sara Sköld, environment specialist at the Clean Shipping Project, agrees with Bennett that one problem is that the industry is out of sight and out of mind. “Historically, politicians have been more focused on the land-based industries that are right under their noses,” she says. There is also a risk of developing regulations nationally, since they will “either make shipping companies flag out from a nation or not call on a port in a region with harsher regulations.”

The success of the Clean Shipping Index, where vessels are ranked on environmental performance to allow cargo owners to make “green” choices, shows that parts of the shipping industry are taking their responsibilities seriously, Sköld says. “Some ship owners were quick to understand that they have to focus on the environment and have invested in these types of technologies, but many others are reluctant to do so because of the cost. I would argue that it pays to be one step ahead instead of being forced by regulation.”

By doing so, Maersk’s fleet of mega-vessels could herald the start of a new era of green shipping. 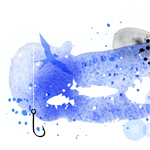